What’s The Deal With Kombucha? 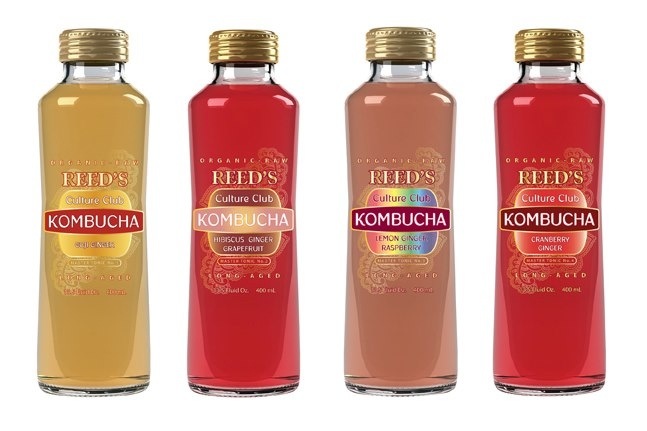 What’s the deal with this funny sounding drink that’s starting to appear in people’s hands and grocery stores more and more these day? Kombucha (pronounced kom-boo-cha) is one of the up and coming health darlings and can be found increasingly almost everywhere these days, although it has yet to be spotted next to the soda dispensers at In & Out. So what exactly is this kombucha that you might see me sipping on from time to time, is it worth adding to your beverage list and, if so, where might you find it…?

What’s The Deal With Kombucha?

What Is Kombucha?
Kombucha is a fermented tea drink that has been consumed in different cultures for somewhere in the range of a couple thousand years, placing it in the old but not ancient food realm. Similar to many other drinks, it has many versions and has a diverse history depending on the people and region you’re investigating. For the purposes of simplicity (particularly since we never really know for sure anyway) we will leave it’s history at that and delve into what it is, its pros and cons and where you might find it if you’re so inclined to try it.

Kombucha starts off as sweetened tea, and then a bacteria culture is added to it that ferments the sugar in the tea, turning it into a fizzy, carbonated drink that is often pretty vinegary due to the high acetic acid content, the primary component of vinegar. By adding other juices, extracts or concentrates, you can create different flavors and levels of sweetness. The end result depends on the amount of time the tea has fermented (longer being less sweet as more of the sugar has been consumed by bacteria) and what other elements (i.e. ginger, lemon, hibiscus, etc.) has been added.

What Are The Pros?
Although proponents of Kombucha would likely offer a detailed description of the numerous ways in which this fizzy drink would benefit us, the best way I’ve found to answer the quizzical looks I get are to say it’s basically a probiotic drink. Just as many people would eat yogurt because of the beneficial bacteria, people do the same with kombucha. Although we still don’t really know what exactly eating probiotic foods does (or if it does that much), many people feel that drinking kombucha helps with their digestion and immunity. Just as many people swear by apple cider vinegar for general health improvement, many people feel kombucha offers similar benefits. There is also the thought that drinking vinegary and/or probiotic things like kombucha helps buffer and assist our bodies’ digestion of, assimilation and sensitivity to sugar, which may be an immensely powerful tool.

One of the coolest aspects to kombucha may be what gets added to the basic fermented tea mixture. My current favorite is infused with hibiscus, ginger and grapefruit and other popular versions include ginger/blueberry, lemon/ginger/raspberry, multi-green/algae, and chia infused. The carbonation adds a very cool layer that both brings the benefits of carbonation and potentially replaces the desire for other carbonated things like soda. A few versions are even made to somewhat mirror the taste of cola, root beer and few other soda types and a couple brands are almost sweet enough to fill the need for a sweet fizzy drink (although kombucha aficionados would scoff at such abominations).

We don’t really know if or how how exactly kombucha works. Maybe it’s the friendly bacteria, the acetic acid content or the carbonation that helps bolster, balance or change our systems but it could also be that drinking kombucha replaces something (like soda) that was negatively impacting health. Although we can speculate quite a bit, the end result is that a lot of people, myself included like kombucha and feel better when drinking it.

Are There Cons To Kombucha?
Not everyone is on board with kombucha so it is only fair to express some of those concerns. The most pressing concern for most people in the real world is the taste. Although I like and have grown to appreciate the vinegary taste, it’s massively too bitter for most people. A few of the sweeter versions are “workable” for most people but in general there’s a good portion of the population that, particularly if they’re used to sweeter drinks, will simply not like the taste of it. Another popular concern is the purposeful ingestion of bacteria. In this day and age, many people are fearful of bacteria and don’t trust drinking things like kombucha. Questions of safety, quality control and efficacy all arise while some people simply question if drinking things like bacteria laden kombucha do any good at all. There are also a few people that think drinking kombucha can harm your health. A simple internet search of “is kombucha bad” will get you several of the arguments against this quickly ascending health darling. There is likely some validity to a few of these claims and none whatsoever to many of them (which they would also be quick to say about the claims of its benefits).

One of the undebatable drawbacks for most people is the cost, with most store bought versions coming in at about $3 a bottle. Some are as low as $2.50, others almost $4. Although each bottle contains 1 1/2 to 2 servings, it ends up being a bit too pricey for some, although it’s certainly cheaper than a mocha from the local coffee shop.

Note: Kombucha is fermented, meaning it can be slightly alcoholic and therefore, depending on the version, people may need to be 21 to puchase it and pregnant women are encouraged to avoid it, although I’ve yet to hear of it making appearances at frat parties. This is a pro for some, con for others and completely meaningless for me.

Where Do You Get It?
Although home brewing has become increasingly popular most people drink commercial versions created by a number of different companies that have flooded the market recently. My local Pavillions, which now carries 4-5 brands and upwards of 20 flavors, is where I shop most often. A place like Whole Foods Market carries even more but most other stores usually have only a flavor or two, although this is changing every month as kombucha gains popularity. Home brew is the way to go for purists, which contend that it’s simple to do, the most traditional, cost effective and environmentally/biologically appropriate for each individual. Store bought is the way to go for most people, myself included, as it’s easy and offers more variety than I could get at home, at least at this time in my life. Here’s the current lineup at Pavillions…

My two favorite brands are Reed’s and GT’s. Reed’s is a bit sweeter and has my favorite flavor (Hibiscus/Ginger/Grapefruit), while GT’s is the more widely available and has 25+ very cool flavors/versions.

The Bare 5 Bottom Line on Kombucha:
1. It’s an old drink that has been recently reimagined and has gained immense popularity.
2. It’s a carbonated, often vinegary drink that comes in a number of flavors and versions.
3. Most people who like it feel it’s a “different” drink that gives a healthier carbonated option than soda.
4. Proponents claim it has a number of health benefits, including improved digestion and sensitivity to sugar/carbohydrates.
5. Opponents claim those benefits are trivial at best and there may be some harm in drinking kombucha.

Like everything, kombucha comes down to you. If it’s interesting, give it a shot and see what you think. If you like it and it makes you feel better and/or expands your drink palate then keep drinking it. If you don’t, you’re not missing out on all that much. It’s been a nice addition for me that cycles in and out of my diet. I’ll go a while drinking it consistently, like currently, then I’ll go a while where I don’t drink it that often or at all. It’s cyclical in my life, like just about everything, from salad to red meat and sugar to vitamins. All in all, it’s a neat little drink that I like having as an option, particularly in the morning in the place of coffee or with a meal instead of soda.

If you have tried it, drink it now or decide to give it a shot in the future, let me know what you think.