Have A Critical Eye 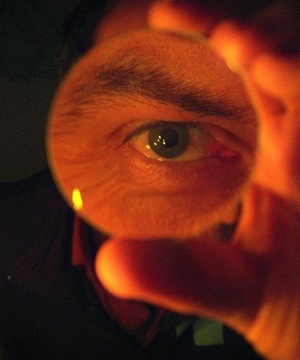 I continue to encourage people to have a critical eye for what they are told. This could not be more apparent than in the world of health. There is so much misinformation out there, so many biased people and such a skewed paradigm it really makes it difficult to trust anything you read or hear. Although we once had an honest, well meaning and open approach to health, that is no longer the case. With the rise of pharmaceutical giants and the power of insurance companies, doctors, researchers and scientists can no longer be blindly trusted without hesitation and adequate evaluation. It now appears that even the most well intentioned physicians are now bombarded with misinformation and faulty research and the general public has ended up sick, confused, over medicated and discouraged as a result.

NEJM editor: “No longer possible to believe much of clinical research published”

I highly encourage you to read both of these for much more detailed write ups on the subject however if you just want the synopsis, here you go:

The first article reviews claims from an article and book by the former editor in chief of the New England Journal of Medicine, Dr. Marcia Angell. The bottom line: after twenty years, she has concluded that it is no longer possible to believe much of clinical research published. Corruption has infiltrated the research community so heavily, due to power, money and politics, particularly from drug companies, that nearly all published research should be heavily scrutinized. Many so called “researchers” creating the medical guidelines and recommendations are heavily funded by drug companies and as a result, can not be trusted… “No one knows the total amount provided by drug companies to physicians, but I estimate from the annual reports of the top 9 U.S.-based drug companies that it comes to tens of billions of dollars a year in North America alone. By such means, the pharmaceutical industry has gained enormous control over how doctors evaluate and use its own products. Its extensive ties to physicians, particularly senior faculty at prestigious medical schools, affect the results of research, the way medicine is practiced, and even the definition of what constitutes a disease.”

The second article was the story of Dr. John Ioannidis, who has spent his career looking into the misleading nature of medical science. His conclusion was similar to the above article, you can’t trust medical research. The system is broken and inherently flawed… “He and his team have shown, again and again, and in many different ways, that much of what biomedical researchers conclude in published studies—conclusions that doctors keep in mind when they prescribe antibiotics or blood-pressure medication, or when they advise us to consume more fiber or less meat, or when they recommend surgery for heart disease or back pain—is misleading, exaggerated, and often flat-out wrong. He charges that as much as 90 percent of the published medical information that doctors rely on is flawed… even highly regarded researchers at prestigious institutions sometimes churn out attention-grabbing findings rather than findings likely to be right.”

Unfortunately, these are just two of many people trying to bring to light the nature of medical science and research. There are several other doctors, journalists and health researchers asking us, the general public, to not presume all research to be true. We have gotten to the point where we need to suspend judgment on research until we can critically examine it. Although most of the doctors, nurses and health providers we interact with personally have the best intentions, it certainly appears they may have been misled just as badly as the rest of us. They may be educated in medical science but if that science is flawed, their recommendations and treatment is likely to be less than ideal and may in fact be dangerous.

This is one of the scariest parts of the whole situation. Our definitions of medicine and how to manage health and disease have been formed by questionable research. This means the path we have created and are now traveling, particularly in Western medicine, is headed in the wrong direction. Our health reality has been skewed into an alternate reality. When your doctor makes an honest assessment of your health based on a inaccurate platform of education and corruption, his/her recommendations, although likely to be correct based on what they think is the truth, will fall short in dealing with the problem because they are operating in this alternate reality that has been created over the last several decades and isn’t as accurate as we have been told it is. Our health and vitality, as a whole, has suffered tremendously as a result.

So what are we to do? Have a critical eye when it comes to health and medical research, particularly if you think there is any connection to the drug or food industry. If you hear about a new research on the power of a drug to handle a disease, give it a very critical look before you delve any deeper. Then do some research. Look on the Internet for several opinions from varying sources and see what some other people are saying about. Find criticism or critique of the research. Then, after seeing both sides, make a decision on how much credence you are willing to put into the findings. The same goes for a diet or health claim. The next time you hear saturated fat clogs your arteries, give it that critical eye because it is likely coming from a skewed place. If you need some guidance in analyzing and critiquing research, you can check out a post on decoding research I added a few months ago.

The bottom line: Don’t trust the mainstream and conventional wisdom. Health science has betrayed and disappointed us. It needs to earn our trust back. So for now, let’s keep a critical eye on what we see before us and use your common sense. Do you think, in most cases, people’s health complaints are caused by a deficiency in drugs and medications? No. We are deficient in real food, activity, rest, connection and enjoyment. We are deficient in the bare essentials of being human. That is a paradigm that has yet to let us down. That is something we can trust.

Thanks for reading, have a great critical eye day!

P.S. I do think medical research has been, is and will continue to be extremely valuable. Without advances in medicine and research we would still be struggling with many a health problems. I do think that the world of medicine has gotten too political and funded to be called honest and accurate. Keeping a critical eye will help us put health back in our own hands.