Be A Conceptual Mover 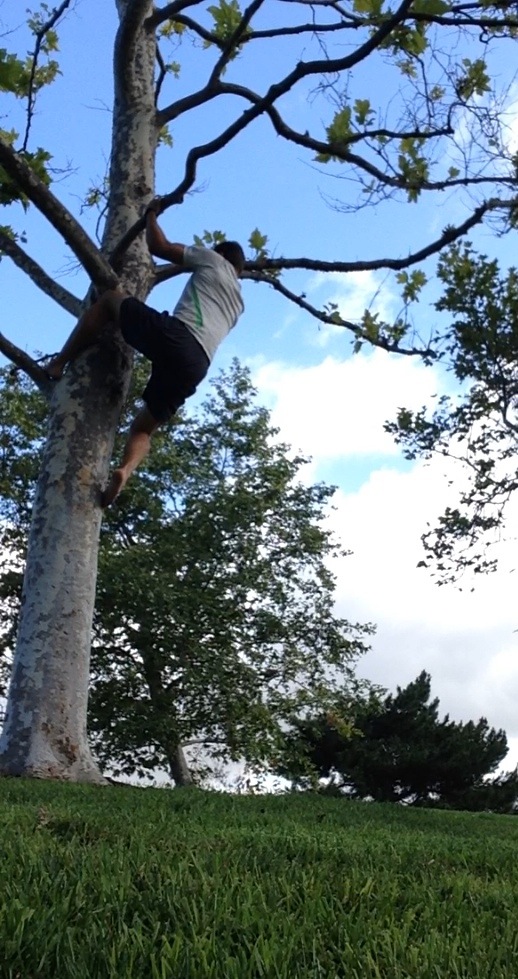 In the world of fitness and exercise, of which I have been a part of for a long time, we are overwhelmed with exercises, classes, workout systems, machines, devices, sets, reps, weights, forms, styles and structures. The more evolved and intricate the fitness realm gets the further we seem to get away from simple, traditional and basic human movement. A few exercise trends, such as Movnat, Zumba, parkour and various martial arts, have been attempting to recapture the innate human body experience and are, not surprisingly, becoming very popular. People are starting to realize that structured, segmented and repetitive exercise is less than ideal while moving more intuitively and naturally is more functional, rewarding, habitual and (potentionally most importantly) simply more fun.

It’s not surprising that most people don’t like exercising because it’s probably one of the more unnatural things humans do. Moving the body is natural but the way we structure it as exercise or fitness is pretty abnormal, particularly when done as single mindedly, intensely, repetitively and perpetually and many of us seem to do.

Running, spin classes, weight lifting, yoga and aerobics classes are incredibly popular with good reason- they help people feel better and improve strength, endurance and physical capability and, with a little practice and support, are usually easy to get the hang of and improve at. What they’re often missing, however, is the concept of human movement.

The body moves as a purposeful integrative organism. Variety, unpredictability and flexibility (both literal and figurative) are all hallmarks of the human species. The things that are most popular now are predictable, rigid, and repeatable, probably because that’s the easiest to adapt to and learn. It’s not a coincidence that we’ve ignored the more difficult to master functional and integrative movement disciplines. It is a lot easier to go the gym and walk on a treadmill than it is to learn how to dance.

So, the question is, instead of exercising simply for exercise’s sake and very rarely improving the natural function of the human body, how can we exercise more appropriately to human nature?

The best answer I’ve come across is basically this:

Be a conceptual mover. Move like a human. Whole body, integrative, functional and natural.

This can be a strange concept for people that are so used to defining movement as exercise of some sort. Humans move every day and the more rural and undeveloped the society, the more naturally they usually move. Nearly anything you can think of doing during the course of a day is movement, whether it’s walking to your car, picking up a child or pushing open a door. We move in so many unique and creative ways it can be difficult to then try to define what moving like a human actually means. It’s a question that no one really has a definitive answer to, simply observational guidelines based off what kinds of ways humans move now and have in the past. Regardless of how you define it, natural movement is fluid, intuitive, integrative and purposeful. Very rarely does it happen, nor should it happen, without purpose.

The basic idea is this: there’s no need to “exercise” if you incorporate the basic human movement patterns on a regular basis. If you do want to increase your energy expenditure a bit and “work out”, use the concept of moving like a human to increase the efficacy of your time spent sweating. Whatever the case, most of our time spent moving should be in natural ways. I’ve tried my best to condense the grand and ambiguous idea of moving like a human into 5 movement concepts that capture most of what our bodies are designed to do and can give a little structure for people who want to exercise. I term them:

Walk/Run-
This is simply the idea of traveling across the ground and encompasses the most basic human movement we can all do- walk. We also jog, run and sprint occasionally but not for extended periods. Most of our time moving should be walking. People who spend more time running than walking are not moving naturally. Add a little weight to a walk and your carrying something somewhere- a very natural behavior.

Pull-up & Step-
Think of climbing a tree. One leg raises up to a higher branch and the upper body pulls up to assist raising the body higher. Another of the primal movements. Since most of us don’t climb trees we can think of this as two sub concepts of stepping up and pulling ourselves up to something.

Push/Throw-
The concept of directing force away from you, as often seen in a push or throw. Very basic movement done from a standing position, not seated or lying.

Row/Drag-
The concept of directing force toward you, as often seen in dragging something or pulling something to you. Another natural movement usually done standing or occasionally seated.

These 5 concepts pretty much encompass everything we do, need to do and should be doing. One thing they have in common: the whole body works together in each of these concepts. There is no isolation, particularly for the sake of doing exercise. Repetition happens purposefully but only when necessary. Very rarely is every consecutive rep the same, time after time. Things might be similar but are slightly different each time.

The other option for exercise that more closely approaches conceptual movement is to do an activity that asks you to call on the body to move. Think dance, martial arts or something as simple as play. Throwing a frisbee, playing tag, swinging on swings or creating simple obstacle courses are all things you can do to make your movement more appropriate.

Natural human movement is anything but 30 minutes on an elliptical machine, 50 bench presses and 300 crunches. It’s anything but an hour spin class hunched over a bike. It’s anything but sweating out an hour and a half yoga class in a 104 degree room. All of these workouts and exercises started off with good concepts but have evolved into too much repetition of movements that aren’t integrative, functional or transferable to the real world. There is a good argument to be made that the more “exercise” we do the less healthy we will be.

Spend your time being a conceptual mover, not repeating exercise behaviors over and over. This isn’t meant to degrade anyone’s efforts to be fit or get in better shape, it’s meant to stimulate some improvement in how we go about doing it.

Health is achieved through moving, not exercising. If you happen to exercise while moving, call it a bonus.

**There’s much more to this concept and I will expand on it further down the line and give some more detailed ideas of integrating conceptual movement into life and exercise but wanted to start with the basic idea here to get people thinking about how they’re moving.