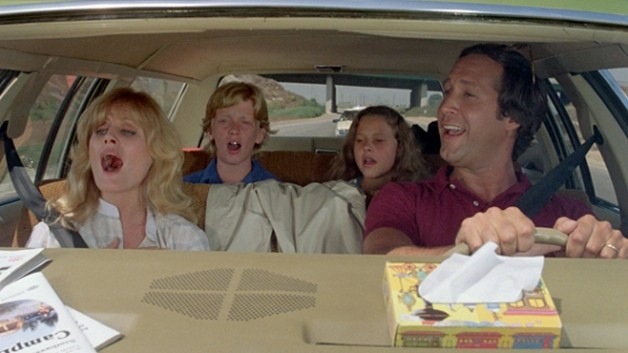 Ever go on a road trip with your family that started off as a good time and great idea but after a few days in the car you couldn’t stand being close to one another and couldn’t wait for some space? If so, then you’ll know exactly what I’m going to propose.

What if wheat is akin to your little brother on a road trip? It starts off as just another passenger, maybe even fun to have around at first, but after a bit of constant close exposure it starts to bug you a bit, then irritate you and after a while the relentless poking wears you down to the breaking point. Maybe this is why wheat seems to be such a problem and why people feel so much better when they don’t eat it for a while. They have been stuck in the car with wheat for so long every fiber of their digestive track has plain had it and just needs a break. Then, after getting out the car and getting some space, relief sets in and the little brother doesn’t bother you as much. Your tolerance gets a bit better but you’re still sensitive to his annoyance until the trip is over and you guys get to go your separate ways for a few days. Thus everything seems to return to normalcy and you can stand to be around him again. Things might even feel pretty good and you might even miss him a little, until the next trip to the Grand Canyon, that is…

What if most things that we think are problematic for health fall into this category? Not too bad if it pokes you a little every once in a while but when that same thing never lets up it becomes very hard to deal with and even damaging. Even the most benign thing, if repetitive, can really wear on you. Think of the Chinese water torture- just a drip of water is nothing in and of itself at first but after a while it no longer seems very benign.

What if these are all basically little annoyances that when constantly exposed to wear down our ability to deal with them?

When you think about the concept of seemingly trivial but perpetual low level irritation accumulating and eventually becoming too much to bear it resonates with so much in our life experience. How many things don’t seem to bother you too much right away but after a while just drive you crazy?

Maybe wheat’s only problem is being a metaphorical little brother. Not inherently evil, just irritating after being too close for too long with no break to regroup and recover.

A Car Full
What if dairy is your older sister? Your other little brother? Sugar. The two dogs in the back: corn and soy. Doesn’t take too much or too long and you’re gonna lose your mind. Maybe each person isn’t too bad but it’s the constant yapping of the dogs that are breaking you down and you get hypersensitive to anything else that so much looks at you the wrong way.

Maybe yelling at Dad isn’t anything against him, he just pointed out one too many interesting facts when everything in this car is driving you crazy!

Don’t blame Dad, Mom, sis or little bro because they all might be plenty capable of annoying you but it’s likely your overall exposure to irritants is what’s wearing you down. Look at the situation and all your irritants. Is wheat/dairy/sugar/etc. your problem or do you need to consider the exposure frequency and cumulative effect of multiple low level nuisances?

The longer you’ve been stuck in the car with something the longer break you might need. The deeper something bothered you the longer break you might need. Either way, a little break never hurt anyone, although disowning your family might be unnecessary and possibly a case of mistaken identity. The good news is that wheat will most certainly forgive you and be willing to hang out again.

The other good news: Even after a long trip full if trials, tribulations, yelling and separations the Griswolds still ended up ok.

Thanks for thinking, have a great day! 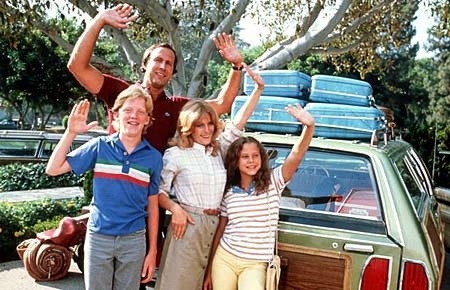 P.S.S Could gluten sensitivity simply be like little brother sensitivity?