Behind The Scenes: U.S. Dietary Advice

Government officials are gathered around a table, they look concerned. After a period of silence, one speaks up,

“The American public is in trouble. We are too overweight and people are getting sick and dying too often from diseases we can prevent. We must do something about it.”

“But what can we do?” another man asks.

“Let’s use these guidelines suggested by those folks pushing to lower fat and cholesterol in the diet. They say it works.”

“You mean the guys saying we should get rid of all the traditional things we grew up eating? There’s no evidence behind those claims.”

“You have any better ideas?”

“No, but I still don’t think steak, butter and eggs are the problem.”

“Ok, the new diet guidelines aren’t working too well. Not only haven’t we cured obesity, Americans are getting more overweight and diseases are getting worse.”

“Could we relook at the advice we handed out? It was just a hypothesis and maybe it’s not appropriate for country wide guidelines.”

“Nonsense. It works, we weren’t wrong. People just didn’t get what we were trying to tell them. People like shapes, let’s put it in a fancy pyramid thingy. People will be sure to get it now.”

“Ok, things are getting really bad. People are still getting worse.”

“Could it be that the advice is wrong?”

“Of course not. People just aren’t following it and I think I know why. The food pyramid had words and not pictures. Let’s put pictures of food in the pyramid.”

Obesity and illness continues to grow…

“What is wrong with people?? Don’t they get it?”

“We live in the most advanced and educated country in the world. I think we are smart enough to follow advice, food pyramid or not. Could it be that…”

“Would you just stop it. There’s something missing here. I just know it… I got it! It must have been too complicated with food groups stacked on top of one another. We should have made them sort of pie shaped and put them vertically. Oh man, it’s so simple I can’t believe we didn’t catch it before. It’s fool proof!”

“But you’re not getting the big picture. This whole dietary concept just isn’t working out.”

“By golly you’re right. That’s the first useful thing you’ve said in the last 20 years. It’s not working out because we left “working out” out of the pyramid. Exercise! We forgot to tell people to exercise. Redo the pyramid the pie shaped way and put a guy going up some stairs! Perfect!” 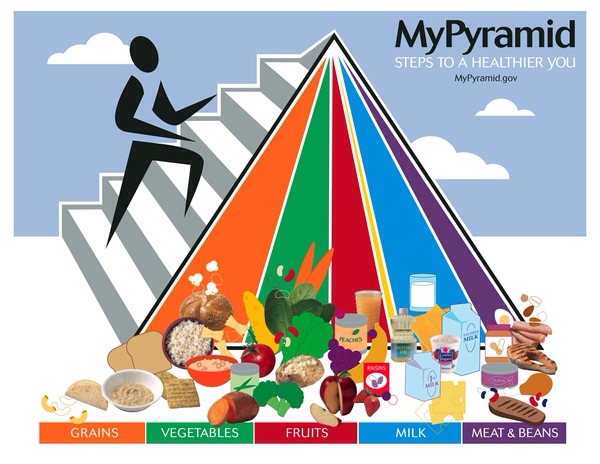 More years go by, the problem continues to worsen and is threatening the stability of our country…

“How come this didn’t work? It’s ridiculous! We’ve made it so simple!”

“With all due respect, we need to stop giving out this advice and pyramid. It doesn’t work and I’m afraid it’s contributing to the problem.”

“You’re right. We have been failing the American public for decades. The pyramid was a bad idea. People can’t relate. What we need is to put this in a way people can understand: a plate.”

“But we’d still giving the same advice that hasn’t been working for over 30 years!”

“No, the advice is correct. We’ve just been presenting it the wrong way. People needed just the right diagram the right way in order to follow it and now that we have made it look like a plate there’s no way it can fail. Obesity and chronic disease will finally be conquered.” 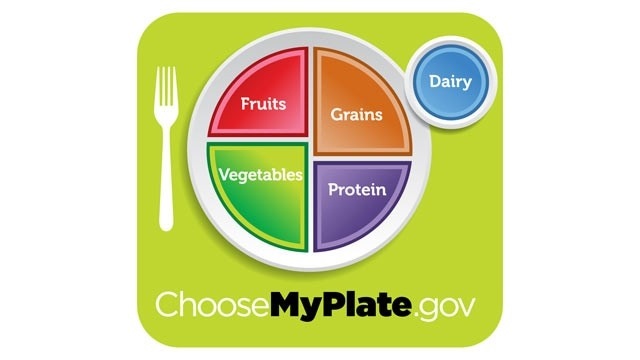 “The latest stats are in. It seems my plate idea didn’t really work. There’s got to be a better way to put it.”

“Sir, this just doesn’t make any sense. You can’t keep giving advice that one, isn’t helping and two, seems like it’s making things worse. We need to rethink this whole thing.”

“Whole thing? Like whole grains? That’s a clever idea. Maybe we need to make the plate look like it’s made from whole grains…”

“That’s it. I’m moving to Sweden. At least their government is willing to rethink things that aren’t working…”

Hopefully this little story, while fictitious, sheds some light on the very real logical shortcomings of what we are often told by people, corporations and even our own government.

Here’s to being willing to rethink things that aren’t working so we don’t all have to move to different countries! 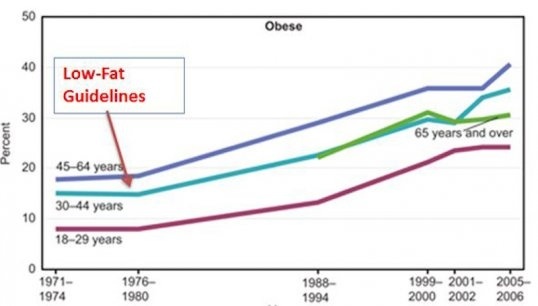