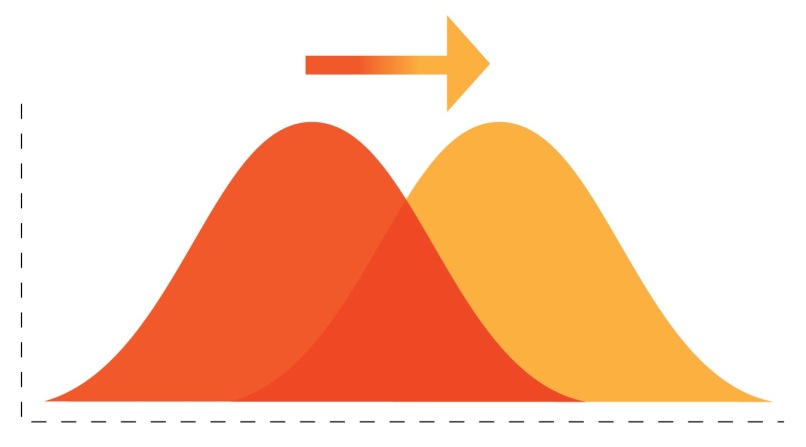 There are two similar but importantly different concepts that seem to be getting mixed up quite a bit lately. “Common” and “normal” are often used interchangeably now but this is a misleading and potentially dangerous practice, particularly when it comes to health. Common is not always normal and I think our morphing of these terms is becoming problematic. This is growing increasingly evident in the recent (and disturbing) practice of seeing what is common for Americans and thinking that it is normal for humans in general.

In our society they now appear almost interchangeable but, as you can see by their definitions, they are two distinct concepts that shouldn’t be mixed up, particularly when approaching human health and behavior.

None of these should be considered normal for humans.

Blood test parameters and ranges are what’s common for Americans (mostly sick/ill Americans at that), not normal or healthy people.
Fitness standards have become what’s common of deconditioned humans, not what the normal human standard was or should be.
Behavioral, personal and social expectations are now reflective of what is common behavior, not normal behavior, much less desired human behavior.
Fear of germs, dirt, the sun, physical exertion, being cold or hot is common these days but is completely abnormal in terms of human existence.

Even the children’s growth chart you see your kids height and weight graphed on at the doctors office is of what’s common for current American children, not necessarily normal.

Is this mixup a problem? Yes, and a big problem at that. We can’t fall into thinking that what is becoming more common is what’s normal.

By mistaking common for normal and subsequently accepting the growing common mediocre human existence as normal, instead of realizing that an increasing number of humans (Americans in particular) are not living up to the basic human standards, we are lowering human standards. Our level of expectation is lowering every year/decade and with this decline it won’t be long before our definition of what a human is will barely be recognizable to both the rest of the world and humans of even a few decades ago. Living up to common is becoming normal, which is disappointing.

This is becoming common human posture…

…and is definitely not normal human posture.

This post started off with the idea of simply conveying the danger in mistaking what we see as common for being normal. It ended up being a call for change. We are stuck in a world with countless physical maladies and diseases, rampant depression, greed, entitlement, selfishness, out of shape over medicated bodies and general unhappiness and it has perpetrated our expectations of what it should be like to be alive, much less healthy and happy. This is so unfortunate because we have unbelievable potential left in us and the overwhelming momentum is in the wrong direction. Thankfully, I don’t think our future is set in stone.

We are left with two choices: acceptance or rebellion.

Acceptance says maybe this is inevitable. Maybe our species is changing (us Americans are just ahead of the curve) and what we are seeing as common is our new normal. Maybe we just need to give in to change and go with the common flow. It’s already happening and just asks us to float along down the river.

Rebellion says let’s not give up and take normal back. Let’s not accept is as fact that we will be sick, unhappy, in pain, weak and helpless. Let’s hold ourselves to a higher standard than common: normal. We don’t have to expect supranormal, simply normal. It means paddling upstream, yes, but comes with the prize of a society that feels and functions better and gains freedom from the downward spiral that’s sucking so many of us in.

I have a higher standard than common. I expect normal. Hopefully, if you’re reading this, you do too.

Start expecting more and we will get more, even if it is just normal.

Thanks for reading, have a normal day!