It’s that time of year again and thousands of hopefuls across the country apply and wait for one of the fastest growing and most popular competitions out there, American Ninja Warrior. This will be the most applied for season yet, as it is expected that more than 50,000 people will put their names in the hat and hope they get a call. As many of you know I was lucky enough to be chosen in 2014 but this year once again did not get the call, as the LA course held its regional competition last week with me snoozing in my bed as a hundred or so chosen ninjas leaped, swung, hung and climbed through the night down the road in Universal Studios, Hollywood.

On the plus side, I was able to join a few dozen ninja rejects the day before as part of a testing group, so I got to try out part of the course and see some of the behind the scenes course set up. Without spoiling too much, I will say that, as I expected, the course designers took a step up this year and increased the difficulty of the qualifying course, as I have heard they did in Atlanta a couple weeks prior. From a more difficult quintuple steps to a couple new obstacles, including a fourth and fifth combo that none of the dozen or so testers in my group could make it through, the course seemed pretty tough. I only was able to test the floating stairs, the 3rd obstacle, and passed it quite easily. 🙂

All in all it’s going to be a really neat course that is going to be very doable for smart and efficient ninjas and really tough for those who don’t learn from their fellow ninjas’ mistakes. The finals course on the other hand is going to be pretty tough for all as it includes a really neat new obstacle after the salmon ladder and a 9th obstacle that is tough to get through just on its own. I’d bet that a few people make it through but there’s going to be a couple really good ninjas that get surprised at how tricky and tough it’s set up to be.

So join me and many others sometime in June to see it all play out! 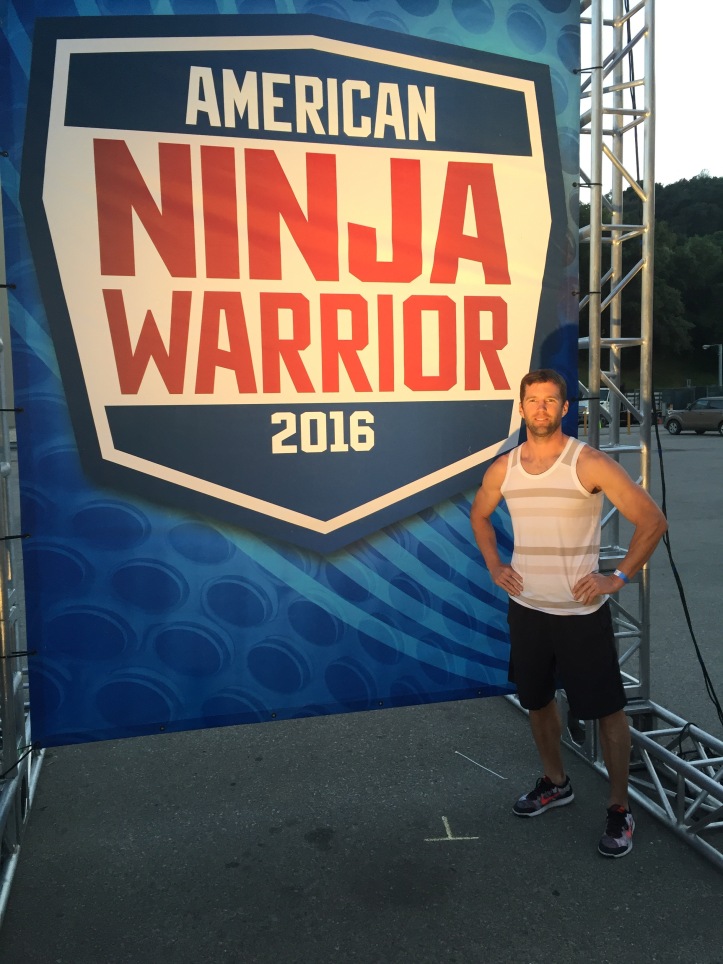