Why Do Mosquitos Love Some People So Much? 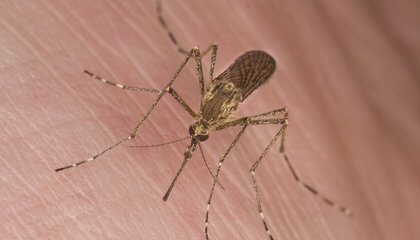 I’ve always wondered this and happened across the answer while researching a different post so I thought it would be cool to share. The original article I’m summarizing can be found on the online version of Smithsonisn Magazine (Why Do Mosquitoes Bite Some People More Than Others?).

Mosquitoes bite people to acquire and harvest the proteins in our blood and about 20% of the population tends to be particularly delicious to those little critters. Since they are beginning to find some mosquitoes are becoming immune to some repellents, it’s a good idea to figure out what they look most for in us tasty humans. Although we aren’t absolutely certain, here’s what most research (and there’s a lot on this) has pointed to as the 9 most influential reasons some people get bit more than others:

1. Blood Type – type O is the most delicious, twice as much as A, with B in between. However if you’re in the 15% of the population that don’t secrete the chemical indicator of your blood type it doesn’t really matter.

2. Carbon Dioxide – the more you expel the more delicious you are. This means bigger people expel more and so do exercisers.

3. Metabolism and Exercise – higher body temperatures attract mosquitoes, as do the byproducts in sweat (lactic acid, uric acid, ammonia and a few others).

5. Beer – no one’s sure why but beer drinkers get bit more. It’s proposed to be the ethanol in sweat or increased body temperature but is still as mystery.

6. Pregnancy – twice as likely to be bit are pregnant women, thought to be due to increased CO2 output and/or higher body temperature.

7. Clothing Color – colors that stand out likely make you easier to spot than those that blend

8. Genetics – all being said, genes determine about 85% of your appeal to mosquitoes. Through the factors listed above and probably other unknown ones, some people just ooze “bite me.”

9. Natural Repellents – a variety of chemicals appear to be emitted by low bite people and, although these are still being identified and studied, researchers hope to use that info to bolster sprays for those less fortunate in the mosquito department. Or as quoted in the article, “Eventually, incorporating these molecules into advanced bug spray could make it possible for even a Type O, exercising, pregnant woman in a black shirt to ward off mosquitoes for good.”

So if you want to lower your bite factor keep those things in mind.

P.S. * I wonder if our fear of germs and bacteria is one of the things involved in the skin bacteria issue. Perpetually cleaned skin is probably going to harbor fewer species of bacteria and the ones that survive will likely grow in number making them quite appealing to our little friends.