Some Points to Ponder

Some points to ponder… 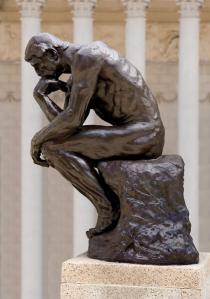 Of any country worldwide, the US spends the least amount of money on food and the most on medicine. Our proportion of income going to food is going down while percentage on medical care and drugs is rising. In the 1960s we spent 18% of our income on food. Now we spend 10% and complain about how expensive food is.

2/3 of medical research is funded by pharmaceutical industry. This is why the reported results and conclusion doesn’t support what the data actually showed. This is also why you need to be very critical of what gets reported as “research” and “scientific evidence”.

“Nutritional conflict and disagreement is political, not scientific.” – Richard Feinman

“There is no generalized right to bodily and physical health” – FDA, in response to being sued by farmers of the Farm to Consumers Legal Defense Group after the FDA banned raw milk from being taken across state lines.

We get 20% less sleep than 40 years ago. That’s like missing a night of sleep each week.

It is estimated that every hour of TV watching takes away 22 minutes from your life. An hour a day equals 15 days a year. That’s about a year every 25 years. Maybe not so bad- I enjoy watching Modern Family and The Office enough to justify that. But what if you watch 2-3 or more hours of TV a day? Now that may be an equation that doesn’t end up being worth it.

Artificial light is now listed as a probable carcinogen by the World Health Organization.

In the mid to late 1970s the US government decided that we were unhealthy and our American diet was to blame. The solution? Eat less cholesterol, saturated fat and salt, including reducing red meat and animal fats, and focus more on a low fat plant based diet (vegetable fats were acceptable and encouraged). As a result, red meat consumption peaked in the mid 1970s and cholesterol, salt and saturated intake has also dropped. What has happened? We are getting heavier than ever and suffering from heart disease, cancer, hypertension and diabetes at increasingly alarming rates despite reducing cholesterol, saturated fat, salt and red meat consumption over the last 40 years.

Check out this from Gnolls.org…

“Cholesterol and saturated fat are bad for you and we need healthy whole grains.” – Millions of doctors, scientists, nutritionists, dieticians and other Americans following mainstream advice.

Thanks for reading, have a great point pondering day!